Removing adhesive residues on a part is normally a step to prepare for another process such as packaging, finishing or assembly. The adhesive is broken down with a chemical applied in most cases, filtration in the tanks prevent the adhesive from being sprayed back onto the part. 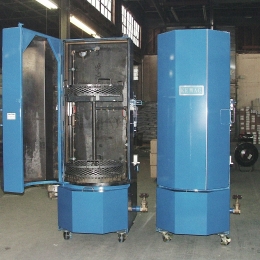